The Global Environment Centre, the Selangor State Forestry Department and Sahabat Gambut Asli Temuan have come together to organise the Monthly Tree Planting Programme for October 2022. As part of their corporate social responsibility (CSR), OLUMES has taken part in the programme on the 22nd of October at the Kuala Langat North Forest Reserve (KLNFR).

The programme was joined by 95 participants, who successfully planted 450 trees at FC 6, KLNFR. The trees planted were 390 Tenggek burung (Melicope lunu-ankenda) and 60 Pulai (Alstonia angustiloba) trees.

The Kuala Langat North Forest Reserve (KLNFR), which had previously been in danger of being degazetted for development, has been given a fresh lease on life for future generations to enjoy after a ruling in its favour on September 8, 2021. 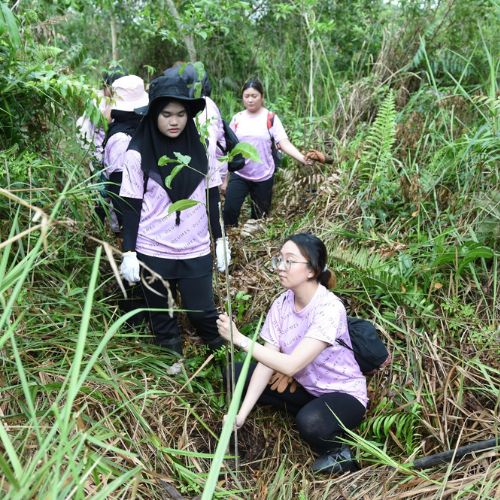 With a few minor patches of lowland dipterocarp forest, the KLNFR is primarily composed of peat swamp forest. Peatlands are essential for preserving the planet’s biodiversity, providing clean water for human consumption, reducing the risk of flooding, and addressing climate change (i.e. important carbon sink in climate change mitigation measures). It is a crucial area for the conservation of biodiversity because it is home to endangered species including the Langat Red Fighting Fish, Selangor Pygmy Flying Squirrel, Malayan Sun Bear, and Meranti Bakau. Additionally, the forest is particularly important to the indigenous, locally known as Orang Asli, populations from the Temuan tribe, who have lived there for more than 150 years since 1886.

The peculiar hydrology of this environment provides a key buffer against flooding during the wet season and drought protection during the dry season. Heavy rainfall is captured by the wetland, which slowly releases the moisture over time. Furthermore, it aids in supplying water to the area. This ecosystem service is becoming progressively more crucial as a result of climate change’s increased incidence of extreme weather events and erratic precipitation. 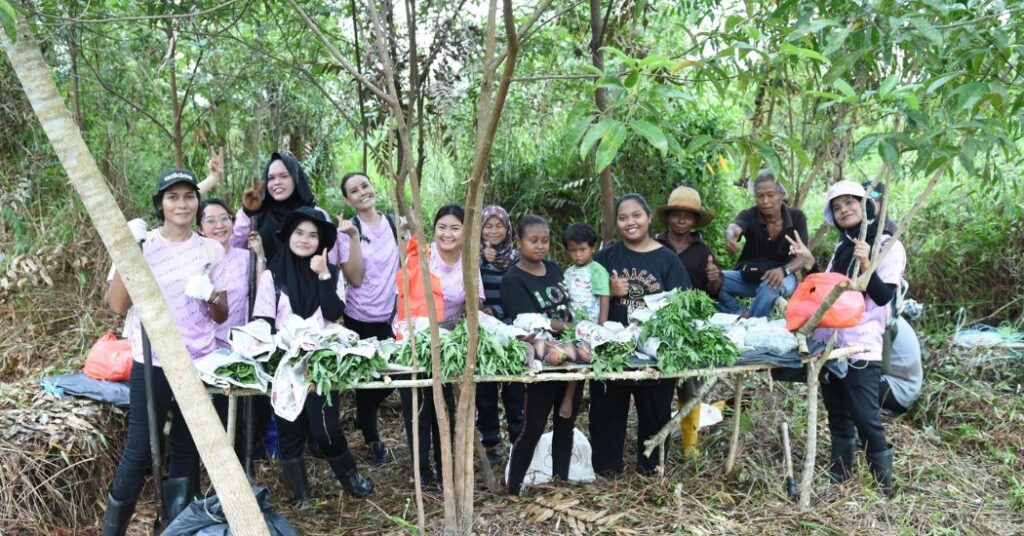 The vast majority of the Kuala Langat North Forest Reserve (KLNFR) is located on peatlands with naturally high water tables. Since the organic matter of the forest has been building up for thousands of years, such peatlands are significant carbon storage areas. This forest reserve currently has several metres of organic material underneath the surface. If the forest was to be cleared and drained, this layer of organic material would oxidise, releasing carbon into the air.

Therefore, the Monthly Tree Planting Programme’s objective is to increase public awareness of environmental protection and responsibility while also providing participants with some practical experience to help restore peat swamp woods. On top of that, it was also established to support the Ministry of Energy and Natural Resources’ greening efforts through the “100 Million Tree Planting Campaign,” while promoting Malaysia Environment Day, which is observed annually on October 21.